As someone who has been deeply involved in the state regulatory process for many years, and who has experienced the outcomes of this process both good and bad, I was concerned about a recent push by the Department of Toxic Substances Control (DTSC) to adopt “emergency” regulations that would impose “hazardous waste” rules on the state’s metal-recycling plants – rules that have the potential to shut down a vibrant recycling industry.

Though the initial push for these changes was withdrawn, DTSC is now moving forward again to file different emergency regulations where no emergency exists, and channels for input are quite limited.

The lack of emergency is apparent on the face of DTSC’s new public notice of their filing. Given DTSC’s persistence in proceeding down a path that deprives all interested stakeholders an opportunity to take part in this important matter of public policy, it’s crucial to explain why these regulatory changes affecting metal recycling are neither necessary nor workable.

A Hazardous Update That Will Break What Isn’t Broken

The metal recycling industry is critical to keeping our environment clean. DTSC does great work to protect Californians, but this is one case where moving too fast could destroy one of our state’s vital recycling services.

If you’re old enough, you probably remember the old joke line, which is supposed to be ironic, “I’m from the government and I’m here to help.”

It’s not really fair, of course, because government programs and personnel work hard to help people every day — from Social Security and fire and police to disaster assistance and our court system. But occasionally a government agency tries to do something helpful and ends up taking a step too far, creating real harm to real people and to sectors of the economy that we rely upon every day. This is particularly true when due process is sacrificed in order to move faster.

As the former executive director of the California State Association of Counties, I have had a birds-eye seat to observe that what the state soweth, local governments often reapeth.

Whether through legislation or regulation, Sacramento takes too many actions that appear oblivious to the downstream effect on cities and counties.

Now, the state is at it again.

This time, the Department of Toxic Substances Control (DTSC) is attempting, in an end-run around the normal regulatory process, to impose “emergency” harsh and unjustified new rules on the metal-recycling industry — the one aspect of California’s troubled recycling sector that is still going strong. Why? Because they believe they can, I guess.

California should solve state’s recycling problems, not cause new ones

In the iconic movie “The Graduate,” a would-be mentor takes the new college graduate Dustin Hoffman aside and cryptically says, “I want to say just one word to you: plastics. There’s a great future in plastics.”

Today we are living that future: trillions of plastic items – single-use bags, straws, cups, bottles and pouches. While some items have reduced costs and aided our convenience, most are now choking our planet, killing marine life, and polluting our oceans, waterways and beaches. Some plastic items are recyclable, but many are not. And the glut of plastic is overwhelming our capacity to recycle these items.

Mark Leary served as director of the California Department of Resources Recycling and Recovery (CalRecycle) and prior to that was executive director of the department’s predecessor, the Integrated Waste Management Board.

California has for decades led the world in recycling and in making the connection between recycling and environmental and economic sustainability. State laws and policies promulgated in Sacramento have promoted this leadership. Individual Californians have also enthusiastically embraced recycling because they know that it helps reduce pollution, fights climate-change, reduces the need for raw materials, preserves natural resources and reduces the energy used to mine and process native ores.

Unfortunately, a significant portion of California’s recycling has relied on Asian markets that are now diminished and as a result, opportunities for Californians to recycle are declining. The state has seen the closure of hundreds of recycling facilities for consumer items (bottles, cans, paper, etc.), yet residents dutifully fill their recycling bins every week, without realizing that much of this material has nowhere to go.  Trash haulers are now advising customers to discard various plastic items that were previously recycled

However, one part of the state’s recycling infrastructure – scrap-metal recycling — remains strong.  The scrap metal recycling industry has been an integral part of our recycling culture at least as long as our environmental ethic has been in place. As the largest state, and a world economic powerhouse, California industry and consumers generate vast quantities of scrap metal every single day, adding up to millions of tons per year.

For more than 50 years, the metal-recycling industry has efficiently processed the overwhelming majority of this scrap metal each year, using a variety of safe and environmentally responsible technologies, including metal shredding, sorting and separation. It is important to note that the processes used to shred and separate scrap metal are purely mechanical and do not involve the use of any chemicals, heat, incineration or any other material or technique that could be considered hazardous, toxic or poisonous.  Over the past two decades, metal-recycling facilities have invested tens of millions of dollars in state-of-the-art environmental upgrades, all designed to minimize the environmental footprint of their facilities and to increase their ability to efficiently process this vast and increasing amount of material.

This mass of metal includes more than 1.5 million cars and other vehicles that have outlived their useful life, and consumer items such as used appliances and other metal-containing items. Under California law, recyclable scrap metal items cannot be disposed of in landfills – and even if this prohibition on disposal did not exist, all the landfills in California combined could not accommodate the huge volume of scrap metal generated in the state.

But even this critical recycling sector is under a threat from over-regulation that, if sustained, could destroy our in-state metal-recycling infrastructure and eliminate the associated climate-change and other environmental benefits. The metal-recycling industry is already extensively regulated by numerous federal, state, regional and local authorities, including regional water boards, regional air districts, local fire departments and other entities that manage and regulate land use.

These facilities are not a public nuisance or health threat. Rather, they provide a vital public service, making sure that the tons of scrap metal produced every day are put to beneficial use and do not end up in our neighborhoods, streets, back alleys and vacant lots.

The hazardous-waste regime the department is pursuing is, in my view, a classic case of over-regulation with no environmental benefit or justification. Worse, this new regulatory regime may be so onerous and uneconomical that the existing metal-recycling facilities will be forced to cease operating. Without the ability to process the millions of end-of-life vehicles, appliances and other metal items produced in the state, these materials will pile up in huge numbers.  Some of this material may be re-directed to out-of-state recycling facilities or overseas, but this is neither economical nor environmentally responsible in the long term.  State lawmakers and regulators in California cannot expect other states or countries to step in and fill the void created by enactment of our own misguided policies.

California must urgently and seriously address the glaring and growing deficiencies in our recycling capabilities across the board. The state’s long-standing environmental policies mandate that action be taken to protect and promote these vital industries.  State government should be taking prompt and effective steps to restore and enhance recycling opportunities and capacity across all sectors, and not engage in actions that only serve to further diminish the state’s capabilities in this regard.

The coronavirus crisis has changed a lot of things about how we live. So-called non-essential businesses were shuttered for weeks, and there has been widespread panic-buying for basic items such as paper towels, toilet paper and hand sanitizer.

The food-supply chain also has been upended. Consumers have been emptying shelves of traditional canned goods soups, beans, tuna, vegetables and fruits. Whole sections of grocery stores have been laid bare.

To meet this new hyper demand for canned goods, the nation’s food processors have been operating 24 hours a day, seven days a week. But one thing is true: Without cans there are no canned goods. And the demand for metal cans also has spiked geometrically. A recent headline in The New York Times trumpeted, “Boom in Canned Goods Means a Boom in Cans, Too.”

Have you ever been driving down the freeway and seen a flatbed truck with a big stack of flattened cars and pickups on board, and wondered where these crushed vehicle carcasses were heading?

There are hundreds of these trucks on the road every day in California.  Just where do old cars go when they die? The answer may surprise you.

As a nation-state of more than 40 million people combined with the legacy of the state’s car culture, California is home to more than 36 million registered vehicles. Just like any other durable goods, some of these vehicles reach the end of their useful life every year – about 1.5 million per year.

Just as the coronavirus ruthlessly attacks vulnerable points in the human body, the pandemic is also exposing weaknesses in a range of society’s organizations and arrangements. Government is no exception.

But as difficult as a crisis like this can be, with effective leadership there are also opportunities for far-reaching reform and improvement.

The people of New York City recall the hellish 9/11 attacks. As devastating as they were, valorous, tough-minded actions by determined citizens and public servants alike resulted in extraordinary recoveries in Manhattan, the state of New York and the nation. Many aspects of life in the city after 9/11 were even better than before. 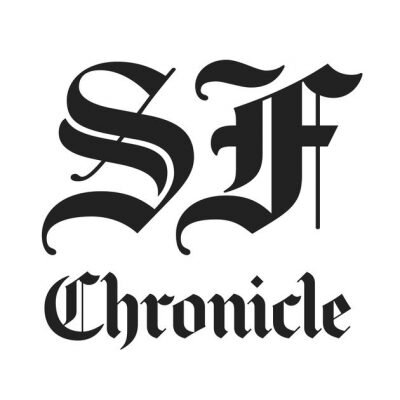 Some of California’s environmental goals are imperiled … by state regulators

This year, we celebrated the 50th anniversary of Earth Day, and the dawn of the modern environmental era. Federal legislation since then has altered the landscape, creating the foundation for decades of environmental progress, and government action spurred the private-sector innovation that has powered historic accomplishments.

On Jan. 1, California became the first state in the nation to require solar panels on all new homes up to three stories high. The unique mandate was approved last year by a state agency, the California Energy Commission.

Meanwhile, just down the street in Sacramento, another agency of the same state government, the Department of Toxic Substances Control, is intent on designating the same solar panels that will be used to comply with the solar-power requirement as “hazardous waste.”